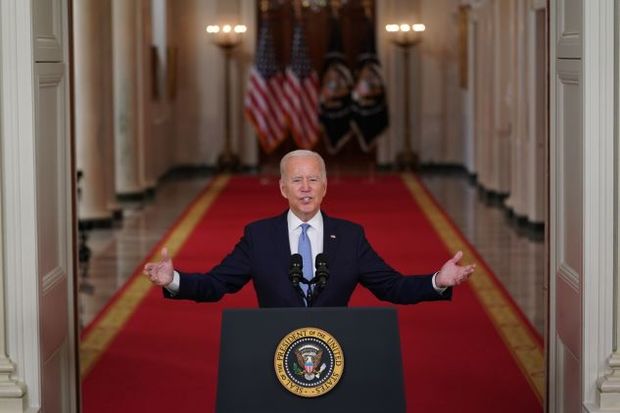 America’s withdrawal from Afghanistan is already playing a role in Republican efforts to win back control of the House and Senate, with GOP campaign committees highlighting news coverage of the chaotic scenes at the Kabul airport in videos and other messaging.

It’s the latest issue Republicans are labeling a Joe Biden crisis, along with a jump in illegal crossings at the southern border, a threat of inflation due to increased government spending, and higher gas prices. They’re also blaming the president for failing to support Israel’s government, Cuban dissidents, and U.S. energy workers, according to a video from the National Republican Senatorial Committee that calls it Biden’s “Agenda of Abandonment.”

Republicans are hammering on these themes and seeking to hang the president’s problems around the necks of congressional Democrats, who are clinging to slim majorities in both chambers. But it isn’t clear to strategists in either party whether voters will be focused on these issues when they go to the polls next year, rather than economic and health care issues touted by Democrats.

“The good news for the Democrats is the midterms are still over 14 months away, but there’s no question this is a major political problem that undermines public confidence in the president’s ability to lead,” Republican consultant Brian Walsh said.

If Republicans raise enough doubts about Biden’s leadership on Afghanistan and other issues, they could drag down congressional Democrats next year, said Walsh, who compared the Afghanistan withdrawal to President George W. Bush’s much-criticized response to Hurricane Katrina. That took place at the same point of the 2006 election cycle, when Republicans lost 30 House seats and their majorities in both chambers.