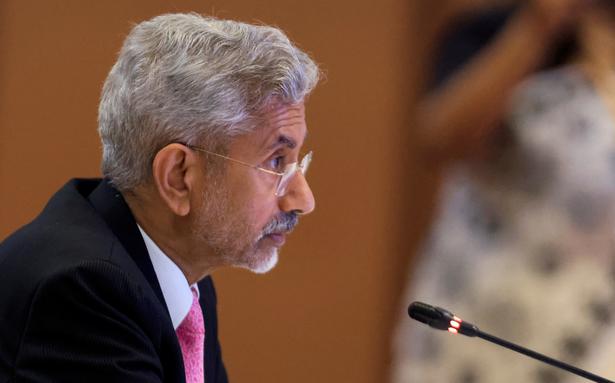 India avoids controversy with China at a sensitive time in border talks, but doesn’t wish to claim allegiance to the “One China policy” either

India avoids controversy with China at a sensitive time in border talks, but doesn’t wish to claim allegiance to the “One China policy” either

Amid growing number of international reactions to developments in the Taiwan straits and tensions between the U.S. and China, New Delhi chose to maintain a “studied silence” on the unfolding situation, omitting any mention of it even in talks held by External Affairs Minister S. Jaishankar on the sidelines of the Association of South East Asian Nations (ASEAN) in Phnom Penh. The decision not to issue a statement said officials and experts, is deliberate, as New Delhi seeks to avoid controversy on a sensitive issue between the U.S. and China, and also given that India, unlike other countries in the region, has not referenced the “One China” policy since at least 2010.

On Thursday, Mr. Jaishankar attended the ASEAN-India summit, and held talks with U.S. Secretary of State Antony Blinken, as well as Foreign Ministers of Australia, Sri Lanka and Vietnam.

Mr. Jaishankar called the talks with Ministers “productive” and “warm”, and said he had discussed a number of issues with ASEAN countries including the “Indo-Pacific, UNCLOS, connectivity, COVID-19, terrorism, cybersecurity, Ukraine and Myanmar”, without referencing the Taiwan situation.

Read | An avoidable crisis: on the Nancy Pelosi Taiwan visit