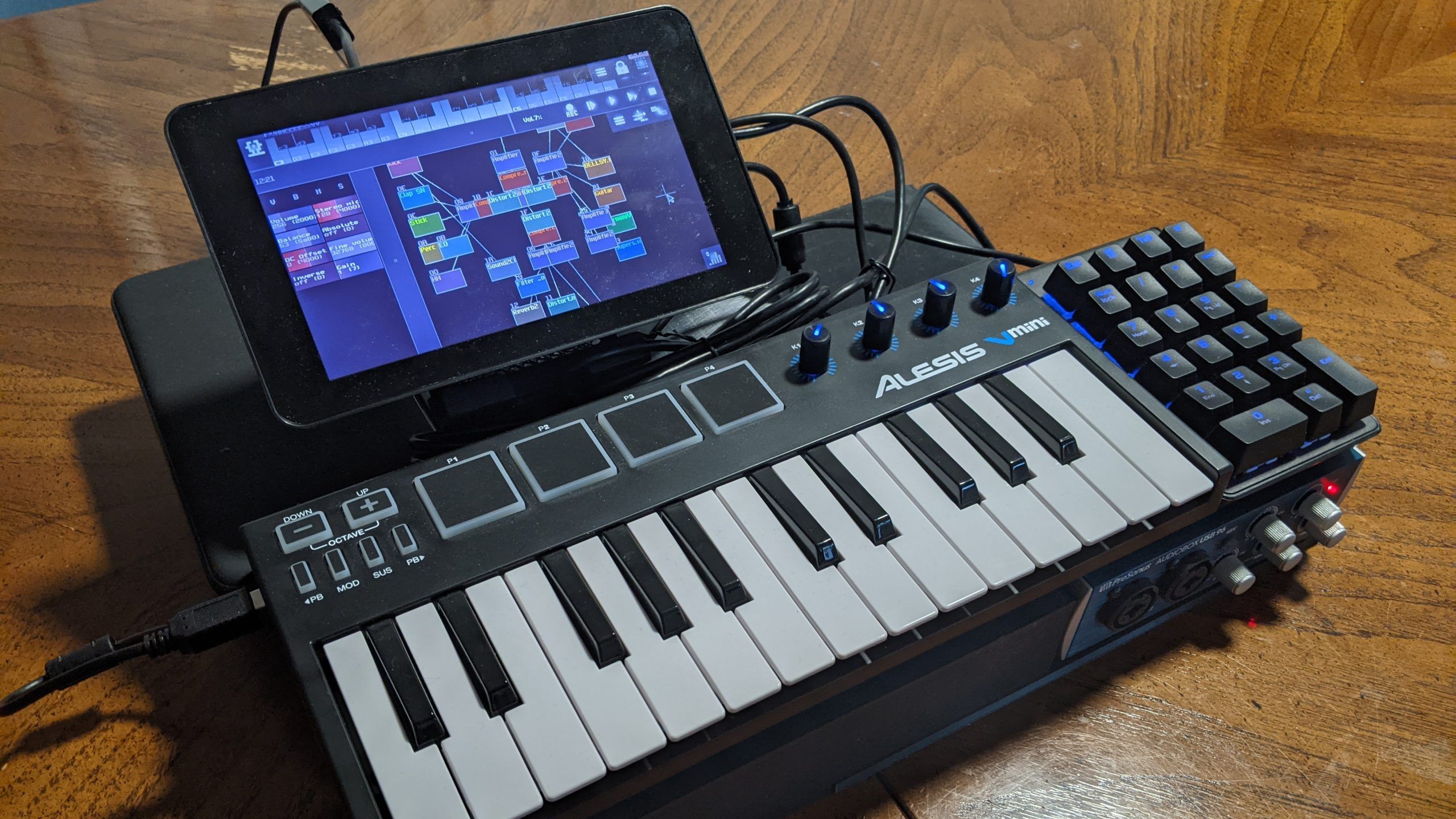 When a new project type starts to get a lot of exposure, it’s typically not long before we see people forking the basic concept and striking out in a new direction. It happened with POV displays, it happened with Nixie clocks, and now, it seems to be happening with cyberdecks. And that’s something we can get behind, especially with cyberdecks built to suit a specialized task, like this musical cyberdeck/synth.

Like many musicians, [Benjamin Caccia] felt like he needed a tool to help while performing with his band “Big Time Kill.” He mainly needed to trigger track playbacks on the fly, but also wanted something to act as a mega-effects pedal and standalone synth. And while most of that could be done with an iPad, it wouldn’t look as cool as a cyberdeck. The build centers around a Raspberry Pi 4 and a 7″ LCD display. Those sit on top of a 25-key USB MIDI keyboard and a small mixer. Alongside the keyboard is a USB keypad, which has custom mappings to allow fast access to buried menu functions in the cyberdeck’s Patchbox OS. Everythign was tied together on a 3D-printed frame; the video below shows it in action, and that it sounds as good as it looks.

We think [Benjamin]’s cyberdeck came out great. Need to see some other specialized cyberdecks? Why not take a look at this battle-ready cyberdeck, one that aims to be distraction-free, or a cyberdeck for patrolling the radioactive wastelands.