Home /
How-to /
Ferrofluid Display Fuels the Fun, and the Procrastination

Ferrofluid Display Fuels the Fun, and the Procrastination 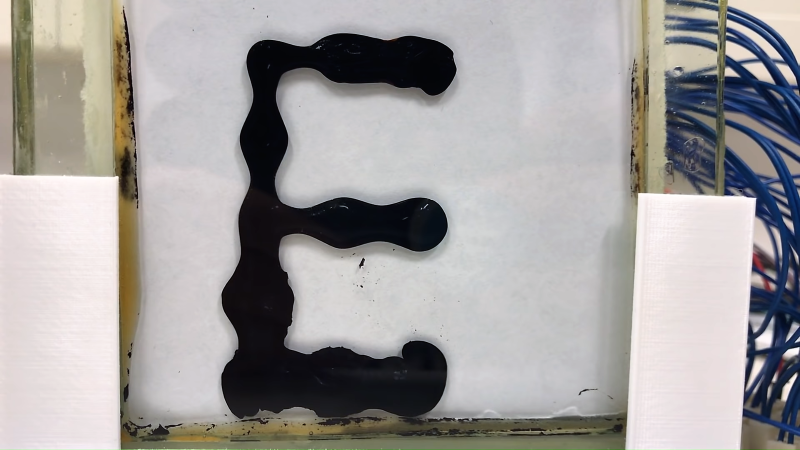 When deadlines loom and your future is on the line, do what top college students through the ages have always done: procrastinate! [Simen] and [Amund] did that in grand style by starting a YouTube channel, delightfully and aptly named “Applied Procrastination”, wherein they plan to avoid their responsibilities as long as possible in favor of making a large-scale ferrofluidic display panel. (Video, embedded below.)

We suppose we should encourage them to hit the books, but honestly they look like they’re having much more fun and learning more than they would in class. The idea isn’t new; we’ve seen ferrofluid clocks before, after all. [Amund] and [Simen] have grander plans for their display, but they’re wisely starting small with basic experiments. They had an early great idea to use a double-pane window as a tank for their display, but coatings on the inside of the glass and the aluminum frame conspired to cloud the display. The also did some tests to make sure they can control 252 electromagnets safely. The did manage to get a small test display working, but really the bulk of the video is just them playing with magnets and ferrofluid. And again, we’re OK with that.

It looks like this is going to be an interesting project, with hopefully regular updates to the channel now that summer break is upon us. Unless they find something else to do, of course.

Support the originator by clicking the read the rest link below.
ferrofluid display fuels procrastination
Read The Rest from the original source
hackaday.com