The bug, specifically a memory corruption issue, was found to impact QNAP NAS devices running Surveillance Station versions 5.1.5.4.2 and 5.1.5.3.2, and was addressed in February this year.

Tracked as CVE-2020-2501, this security hole is a stack-based buffer overflow that could be abused by remote attackers to execute code on an affected system, without authentication.

In its advisory, QNAP credits an independent researcher for finding and reporting the flaw, but does not provide further details on the issue itself or on its exploitation.

This week, vulnerability hunting and disclosure company SSD Secure Disclosure published additional details on the vulnerability, as well as exploit code to demonstrate how attacks targeting it work.

According to SSD, the issue resides in the insecure use of user supplied data. An attacker could send a specially crafted HTTP request to a vulnerable QNAP NAS device, which would overflow an internal buffer that the Surveillance Station plugin uses, thus achieving arbitrary code execution. 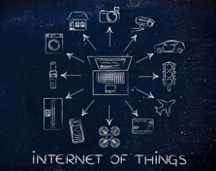 THE HEALTHCARE INTERNET OF THINGS – FOR BETTER...