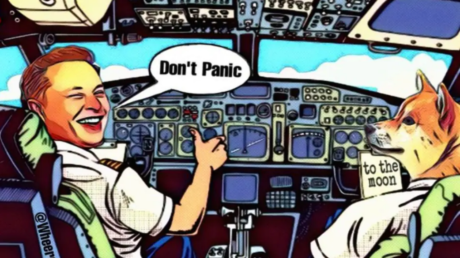 Dogecoin, one of the most popular parody coins in the crypto market, is on a tear today. The crypto was up 13% at the time of publication. The move comes as Tesla CEO Elon Musk repeated his support for cryptocurrency on Tuesday at the Qatar Economic Forum in Doha.

Musk stated at the Qatar Economic Forum that he buys and backs it because people “who are not that wealthy” have requested him to, according to Bloomberg News.

Dogecoin Gets Some Love From Musk


Musk remarked during the forum in an interview with Bloomberg News Editor-in-Chief John Micklethwait:

“I just know a lot of people who are not that wealthy who have encouraged me to buy and support Dogecoin. I’m responding to those people.”

The coin began as a joke in 2013, but quickly grew into a major cryptocurrency thanks to a committed community and inventive memes.

Dogecoin is vulnerable to devaluation since there is no restr ..