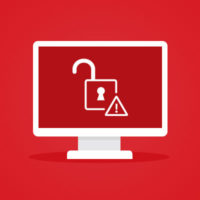 Vulnerabilities in the Linux kernel are not uncommon. There are roughly 26 million lines of code, with 3,385,121 lines added and 2,512,040 lines removed in 2018 alone. The sheer complexity of that much code means that vulnerabilities are bound to exist. However, what is not at all common is the existence of unauthenticated remote code execution (RCE) vulnerabilities — a critical issue that every system administrator hopes to avoid.

On May 8, 2019, the National Vulnerability Database (NVD) published details for a Linux kernel vulnerability, CVE-2019-11815, with a Common Vulnerability Scoring System (CVSS) 3.0 base score of 8.1. The details of the vulnerability include: having an attack vector of “network,” no privileges required, and administrative level code execution — i.e., the confidentiality, integrity, and availability (CIA) impact are all “high.” At first glance, this seems like a worst-case scenario. But assessing a vulnerability’s potential impact goes beyond the attack vector, privileges, and CIA impact of the CVSS base score.

One component of the CVSS 3 base score is attack complexity, for which this vulnerability has a rating of “high” as well. This means that a successful attack is dependent on a very specific set of circumstances that is hard to achieve. According to the CVSS 3.0 standard, this rating means that “a successful attack depends on conditions beyond the attacker’s control” and “a successful attack cannot be accomplished at will, but requires the attacker to invest in some measurable amount of effort in preparation or execution against the vulnerable component befor ..

11815 cautionary about scores
Read The Rest at
blog.trendmicro.com

96% of organizations run into problems with AI...