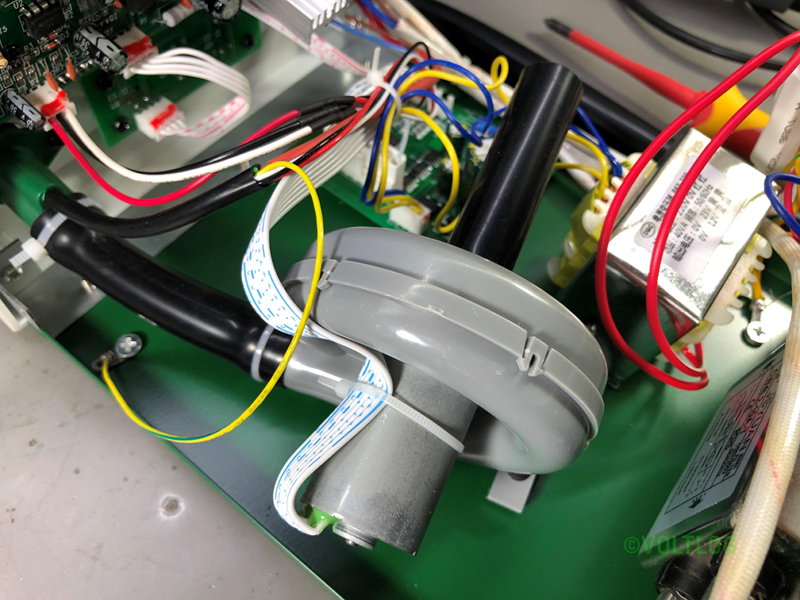 [Voltlog] has had a 952 hot air rework station for a long time. You’ll recognize it when you see it — they are the ubiquitous soldering iron and hot air gun combination from China sold under numerous brand names. He didn’t think the old station was as good as some of the newer devices available, and did a teardown and review of the BST-863 station that can be had for well under $200. You can see the video below.

He was impressed with the build quality of the workpiece holder. It lets you store the hot air gun and keep it in standby mode. He liked the touchscreen, too, although the beeping seemed a bit annoying. However, in general, the operating noise was less than the older unit it replaced.

It only took 8 bolts to open the case, and mostly the internal build looked pretty good. There’s a lot of wasted space in the case and the grounding was a little fishy, but we’ve certainly seen worse — a lot worse. It was odd that there was a mix of through-hole and surface mount components.

One other item noted was that the AC line connector’s blade connectors were a little loose. It was easy enough to crimp them down to fit better. Overall, it looked like a good buy. Wit the nice screen, we wish someone would reverse engineer the firmware so the thing could be hacked like some of the other cheap stations.