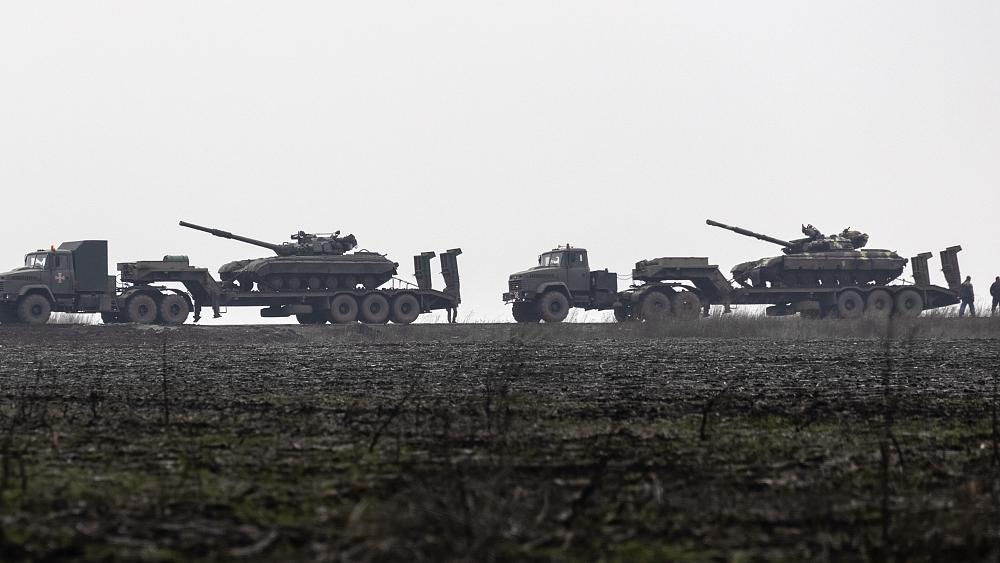 US officials warned on Friday that a Russian effort is underway to create a pretext for its troops to invade Ukraine.

"We are concerned that the Russian government is preparing for an invasion in Ukraine that may result in widespread human rights violations and war crimes should diplomacy fail to meet their objectives," said White House press secretary Jen Psaki at a briefing.

"As part of its plans, Russia's laying the groundwork to have the option of fabricating a pretext for invasion."

A message on the website warned Ukrainians to "expect the worst".

US and Western officials have been concerned about a possible Russian invasion of Ukraine for weeks, as tens of thousands of Russian troops have gathered at the neighbouring country's border.

Pentagon spokesman John Kirby described the intelligence that Russia could frame Ukraine as preparing an attack against Russian-backed forces as “very credible.”

"We've certainly seen this playbook before, particularly in 2014, with their illegal annexation occupation of Crimea," Kirby added.

"The Russian military plans to begin these activities several weeks before a military invasion, which could begin between mid-January and mid-February," Psaki said.

White House national security adviser Jake Sullivan on Thursday said the US intelligence community has not made an assessment that the Russians have definitively decided to take a military course of action.

Husband and wife among ransomware operators...