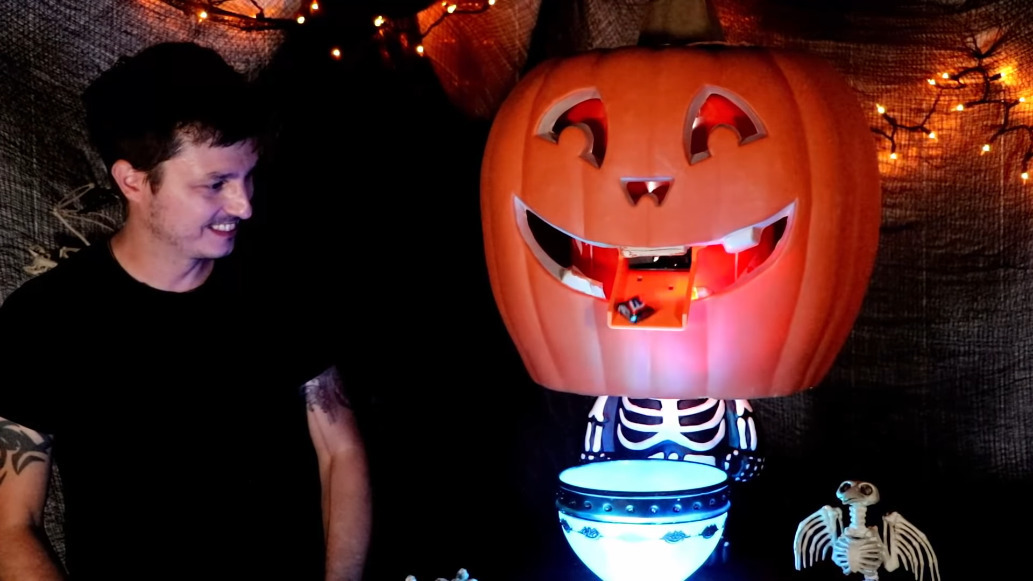 If there’s any holiday that is worth adjusting for strange times, it’s gotta be Halloween. Are you inclined to leave a bowl of candy on the porch to avoid the doorbell? If so, this is the perfect year to finally figure out some sort of metering apparatus so that greedy preteens are less likely to steal your stash in one sweep. There’s still time to make something fun like [Brankly]’s automatic candy dispenser, which we think ought to stick around for many years to come. Video is posted after the break.

Underneath that skeleton’s jack-o-lantern head is the heart of this build — an orange 5-gallon bucket that matches it perfectly. Simply step on the giant lighted arcade button, and the equally giant NEMA-23 stepper motor moves a 3D-printed turntable inside the bucket with the help of an Arduino Nano. This moves the candy toward the 3D-printed ramp and out the mouth of the jack-o-lantern, where it lands in a bowl that lights up when it hits the bottom thanks to a relay and a second Nano.

[Brankly] made clever use of IR break-beam switches, which sit underneath the two square holes in the ramp. Once candy passes over one of them, the turntable stops and rotates backward to move the candy where it can’t be reached.

Frankly, we love that [Brankly] reused the sound effects module that came with the jack-o-lantern. This build is totally open, and [Brankly] is even giving away 40 PCBs if you want to make your own. For now, you can check out the code and start printing .. 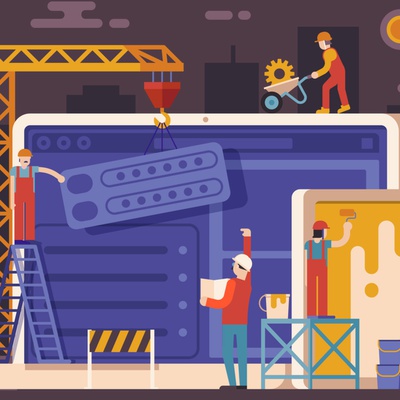