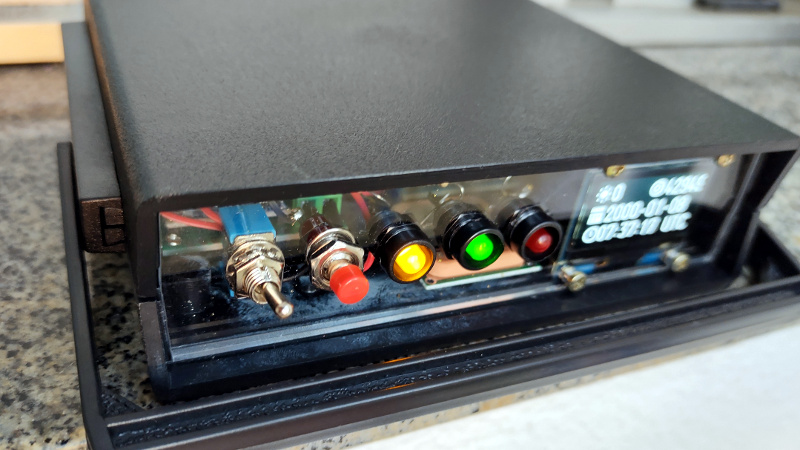 Most Hackaday readers will be familiar with the idea of a network time server; a magical box nestled away in some distant data center that runs the Network Time Protocol (NTP) and allows us to conveniently synchronize the clocks in our computers and gadgets. Particularly eager clock watchers can actually rig up their own NTP server for their personal use, and if you’re a true time aficionado like [Cristiano Monteiro], you might be interested in the portable GPS-controlled time server he recently put together.

The heart of the build is a NEO-6M GPS module which features a dedicated pulse per second (PPS) pin. The ESP8266 combines the timestamp from the GPS messages and the PPS signal to synchronize itself with the atomic clock aboard the orbiting satellite. To prevent the system from drifting too far out of sync when it doesn’t have a lock on the GPS signal, [Cristiano] is using a DS3231 I2C real-time clock module that features a high accuracy temperature-compensated crystal oscillator (TCXO).

These components, along with the open source code provided in the project’s GitHub repository, gives you an extremely accurate Stratum 1 NTP server that can respond to client requests over WiFi. But to take the idea a step further, [Cristiano] added an OLED and some LEDs to provide feedback, and put the whole thing inside a handsome enclosure along with a 18650 cell, TP4056 charging module, and DC-DC buck converter. The result is a fully wireless time server that can be deployed anywhere, which as an amateur radio operator, he pla ..

One company's virtual reality approach could...

Californians Lost More Than $620 Million To...