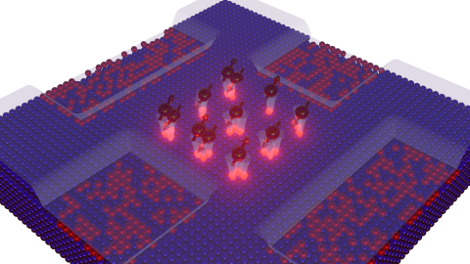 Researchers created a grid of quantum dots (center) ranging from one to three phosphorus atoms deposited onto a plane embedded in silicon and studied the properties of electrons injected into the grid.

Researchers at the National Institute of Standards and Technology (NIST) have created grids of tiny clumps of atoms known as quantum dots and studied what happens when electrons dive into these archipelagos of atomic islands. Measuring the behavior of electrons in these relatively simple setups promises deep insights into how electrons behave in complex real-world materials and could help researchers engineer devices that make possible powerful quantum computers and other innovative technologies.

In work published in Nature Communications, the researchers made multiple 3-by-3 grids of precisely spaced quantum dots, each comprising one to three phosphorus atoms. Attached to the grids were electrical leads and other components that enabled electrons to flow through them. The grids provided playing fields in which electrons could behave in nearly ideal, textbook-like conditions, free of the confounding effects of real-world materials.

The researchers injected electrons into the grids and observed how they behaved as the researchers varied conditions such as the spacing between the dots. For grids in which the dots were close, the electrons tended to spread out and act like waves, essentially existing in several places at one time. When the dots were far apart, they would sometimes get trapped in individual dots, like electrons in materials with insulating properties.

The grids provided playing fields in which electrons could behave in nearly ideal, textbook-like conditions, free of the confounding effects of real-world materials.

Advanced versions of the grid would allow researchers to .. 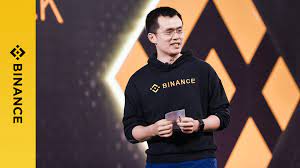 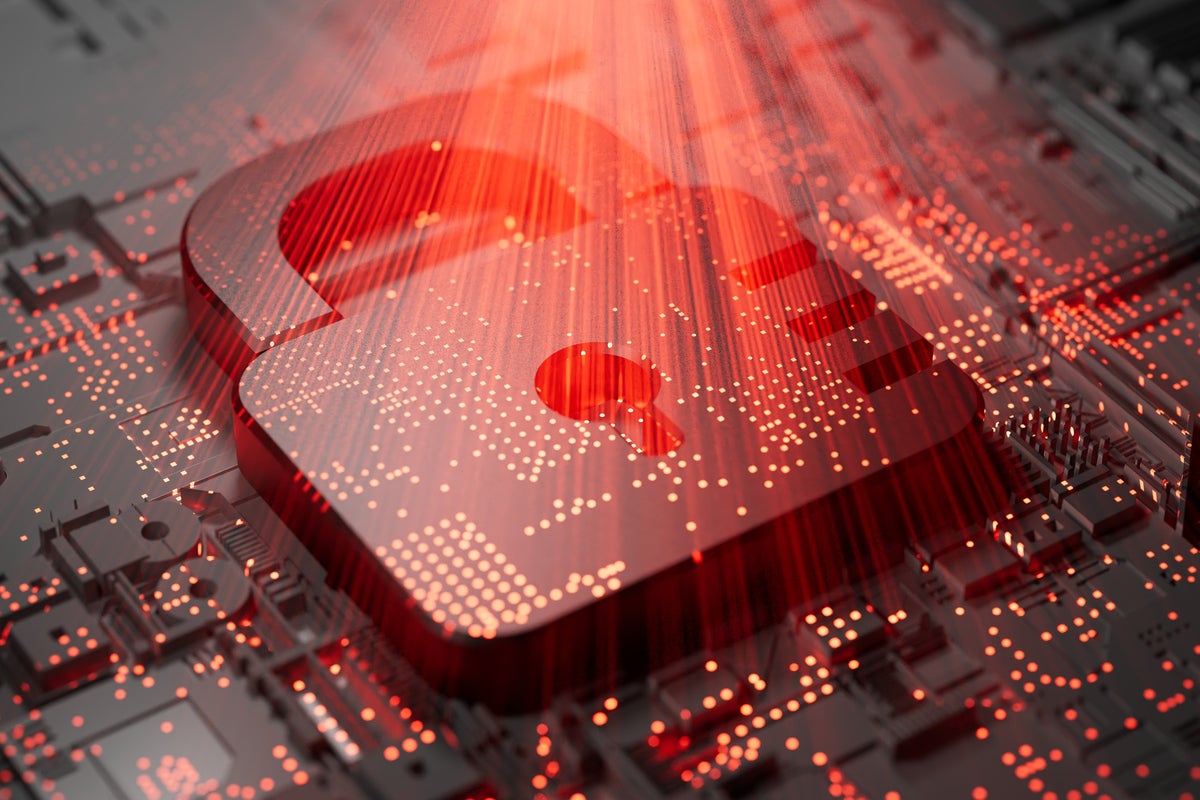