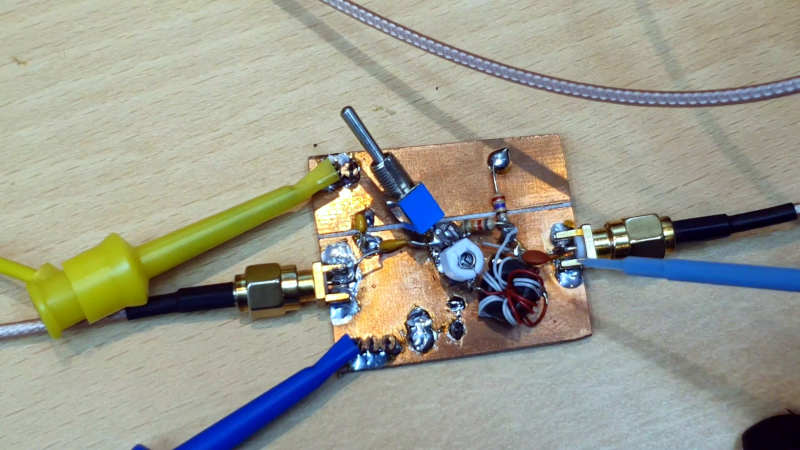 While the Miller effect might sound like fun, it is actually the effect of parasitic capacitance in amplifiers. What do you do about it? Watch the video below the break from [All Electronics] and find out. We like how the test circuit it uses has a switch to put the mitigation circuitry in and out of the test for comparison purposes.

Actually, the Miller effect can refer to any impedance but in practice that is most often parasitic capacitance because of the construction used for tubes and transistors. The sometimes tiny capacitance gets multiplied by the inverting gain of the stage and increases the amplifier’s input impedance. This, in turn, reduces the bandwidth of the stage.

There are a lot of nuances to the Miller effect. Sure, you can neutralize it as the video points out. You can also use non-inverting buffers on the input or output of an amplifier to reduce the effect. Some designers also exploit the effect to convert a small capacitor to a larger one, especially in applications like IC design where large capacitors are harder to make.

Usually, output capacitance is neglected because the total output impedance magnitude is small. But if you do have a high impedance output, it needs to figure into the analysis, too.

We talked about transistor biasing and Miller capacitance came up in the comments. Of course, you got the same effect in the old tube circuits, too.

Support the originator by clicking the read the rest link below.
miller effect
Read The Rest from the original source
hackaday.com