The company said its analysts assess with high confidence that HAFNIUM is state-sponsored and operating out of China, based on observed victimology, tactics and procedures.

"In the attacks observed, the threat actor used these vulnerabilities to access on-premises Exchange servers which enabled access to email accounts, and allowed installation of additional malware to facilitate long-term access to victim environments," Microsoft said.

Here are the raw details on the vulnerabilities being exploited in the wild.

* CVE-2021-26855 is a server-side request forgery (SSRF) vulnerability in Exchange which allowed the attacker to send arbitrary HTTP requests and authenticate a .. 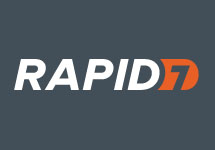