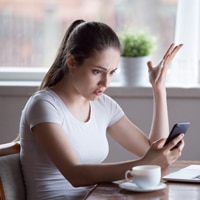 Google’s Android operating system has been a boon for the average consumer. No other operating system has given so much freedom to developers and hardware manufacturers to make quality devices at reasonable prices. The number of Android phones in the world is astounding. That success comes with a price, however.

A recent report from our own McAfee Mobile Research team has found malicious apps with hundreds of thousands of downloads in the Google Play store. This round of apps poses as simple wallpaper, camera filters, and picture editing, but they hide their nature till after they’ve been installed on your device.

On the bright side, Google Play performs a review for every app to ensure that they are legitimate, safe, and don’t contain malware before they’re allowed on the Play store. However, enterprising criminals regularly find ways to sneak malware past Google’s security checks.

How attackers sneak malware into the Play store.

When developers upload their apps to the Play store for approval, they have to send supporting documents that tell Google what the app is, what it does and what age group it’s intended for. By sending Google a “clean” version of their app, attackers can later get their malicious code into the store via a future update where it sits and waits for someone to download it. Once installed, the app contacts a remote server, controlled by the attackers, so it can download new parts of the app that Google has never seen. You can think of it as a malware add-on pack that installs itself on your device without you realizing it. By contacting their own server for the m ..

A Recap of the Federal Labs Consortium’s...