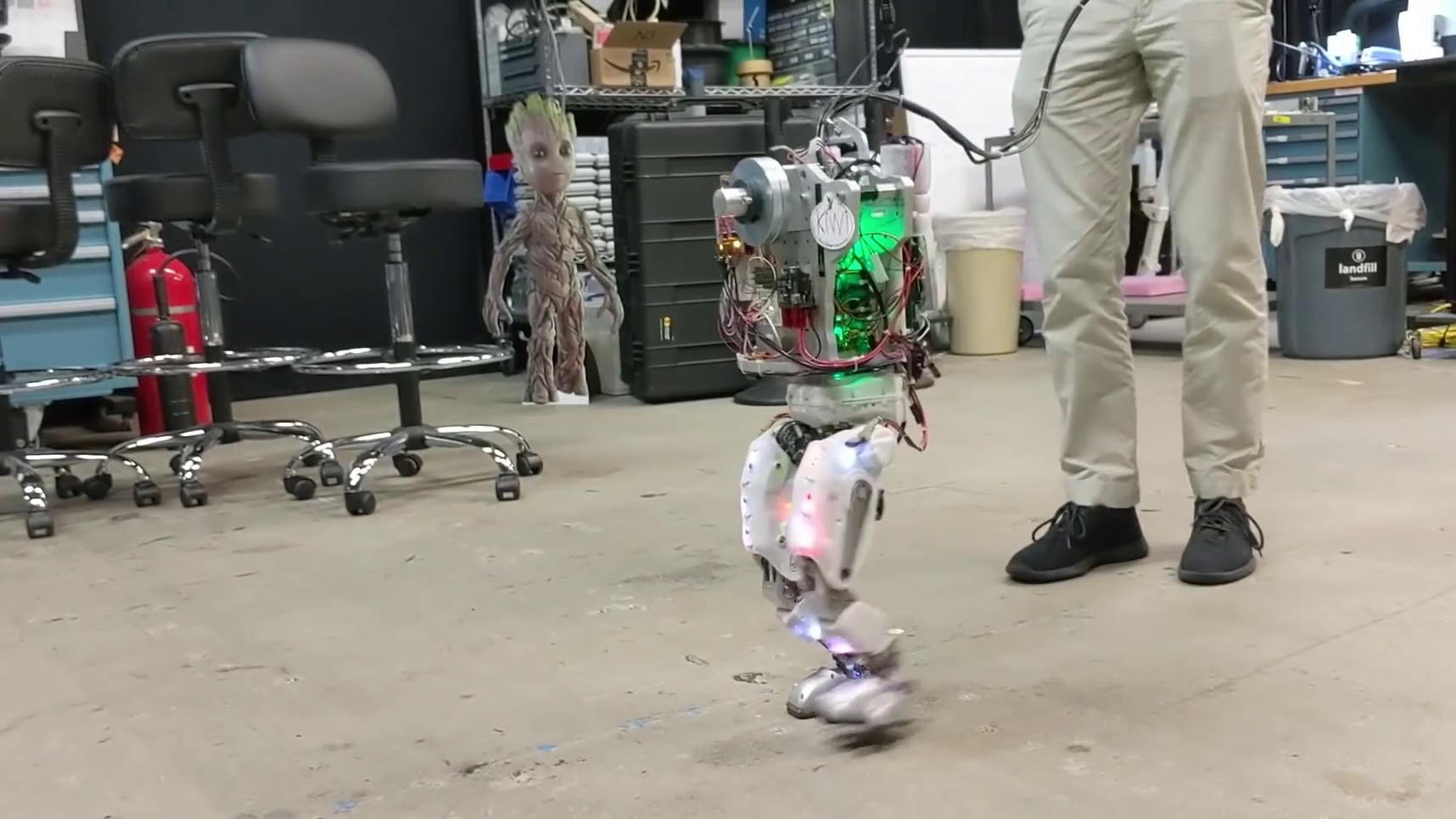 Some days, we might be forgiven for believing Boston Dynamics has cornered the market on walking robots. They (and other players) are making incredible progress in their field, but three years ago Disney, trying to create autonomous, free-walking robotic actors for some of their more diminutive film characters, found none of the existing platforms were appropriate. So they set their Imagineering department to work on “Project Kiwi”, and we are now seeing the fruits of those efforts.

Research on bipedal robots has amassed over the years, and as the saying goes, if these Imagineers saw further it was by standing on the shoulders of larger robotic platforms. However, the Project Kiwi designers have made a laundry list of innovations in their process of miniaturization, from the “marrow conduit” cooling system which forces air through hollow bones, to gearing that allows actuators to share motors even across joints. The electronics are distributed around the skeleton on individual PCBs with ribbon flex cables to reduce wiring, and almost every component is custom fabricated to meet the complex size and weight requirements.

Even in this early prototype, Disney’s roots in life-like animatronics are evident. Groot’s movements are emotive, if a bit careful, and software can express a variety of personalities through his gaits and postures. The eyes and face are as expressive as we’ve come to expect (though a keen eye for seams puts off some definite Westworld vibes). Reportedly, this version can handle gentle shoves and contact, but we do spot a safety cable still attached to the head. So there’s probably some way to go before we’ll see this interacting with the general public in a park.

Disney’s Imagineering department has been .. 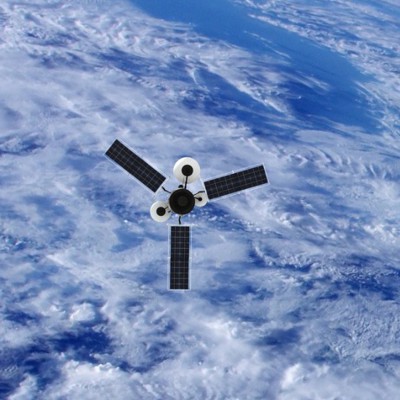 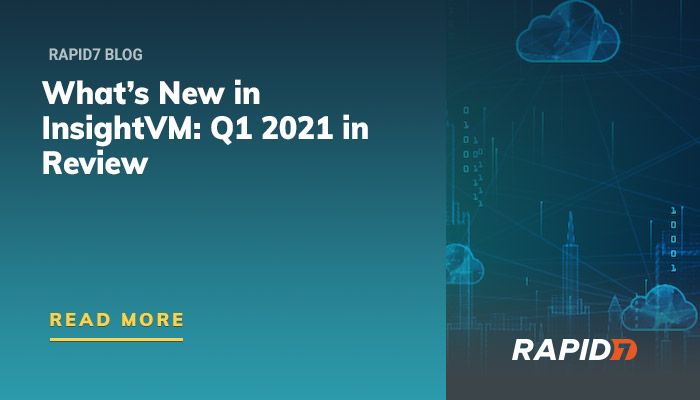