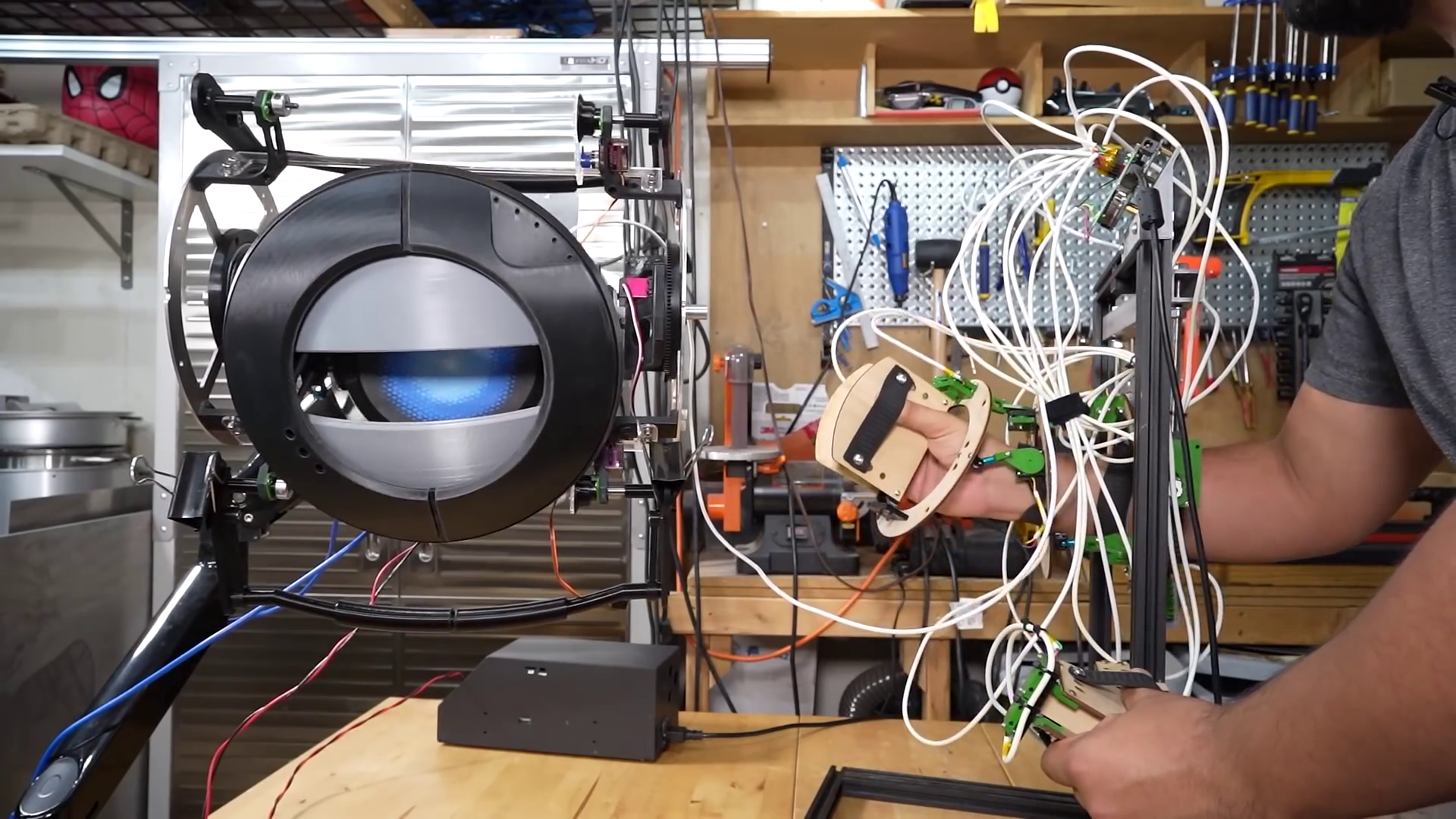 One of the major challenges of animatronics is creating natural looking motion. You can build something with an actuator for every possible degree of freedom, but it will still be disappointing if you are unable to control it to smoothly play the part. [Mr. Volt] has developed a passion for animatronic projects, but found programming them tedious, and manual control with keyboard or controller difficult to do right. As an alternative, he is building Waldo, an electronic puppetry controller.

The Waldo rig is being developed in conjunction with [Mr. Volt]’s build of Wheatley, the talkative ball-shaped robot from the Portal 2 game. The puppetry rig consists of a series of rings for [Mr Volt]’s hand, with the position of each being read by angle sensors. This allows him to control Wheatley’s orientation of the body and eyeball, eyelids, and handles. Wheatley and Waldo both still need a few refinements, but we look forward to seeing the finished project in action.

The Portal games have inspired several featured projects, including GLaDOS, the turrets, and of course more Wheatly builds.


Support the originator by clicking the read the rest link below.
animatronic puppetry controller skips joystick keyboard
Read The Rest from the original source
hackaday.com