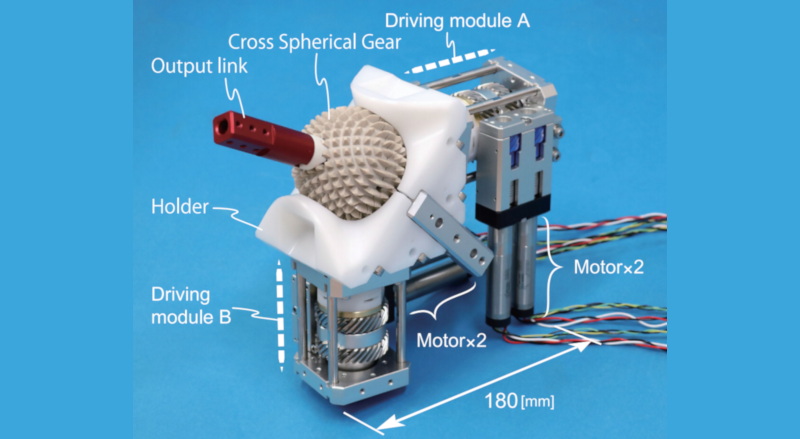 A common CAD operation is to take a 2D shape and extrude it into a 3D shape. But what happens if you take a gear and replicate it along a sphere and then rotate it and do it again? As you can see in the video below, you wind up with a porcupine-like ball that you can transfer power to at nearly any angle. There’s a paper describing this spherical gear as part of an active ball joint mechanism and even if you aren’t mechanically inclined, it is something to see.

The spherical gear — technically a cross spherical gear — is made from PEEK and doesn’t look like it would be that difficult to fabricate. There’s also a simpler version known as a monopole gear in the drive system that provides three degrees of freedom.

This looks like just the thing for your next robot arm project. The paper covers the kinematic equations you’d need, but doesn’t offer 3D printed models. However, it does mention that the parts were SLA printed, so it is possible to create the system with 3D printed gears.

With the recent trend to merge robot arms with 3D printers, this could be timely. The last time we saw balls used in a robot arm, it wasn’t quite for the same reason.

Support the originator by clicking the read the rest link below.
active joint spherical
Read The Rest from the original source
hackaday.com

It's Time to Wargame Against an AI-Enabled China